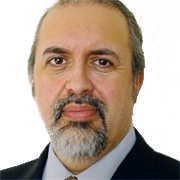 Dr. Dainow teaches the underlying philosophies of the Digital Age, such as transhumanism.

Dr. Dainow’s research focus is Integrated Domain Theory, which provides an analytic framework for the application of General Systems Theory to socio-technical systems of the smart city.  This theory combines the work of Latour, Luhmann, Bordieu, Hutchby, Aristotle and Kant into a philosophical framework for analysis of ethical issues in complex digital environments in terms of energy flow.

He has published a number of papers during this research.

Brandt is an active WordPress administrator.  He hosts and manages a number of sites for non-profit and research organisations, such as the Irish Reflexologist’s Institute and WeRelate.

Brandt attended the National University of Ireland as a mature student, achieving a BA (Hons) Classics & Philosophy.  He then obtained a BPhil from the Pontifical University for a 14,000 word dissertation on Aquinas’s Philosophy of Law.  He won a Hume Scholarship to undertake a PhD at Maynooth University.

Brandt started life as a journalist and then moved into sales. He moved into computers in his late 20’s as a programmer, and then as Senior Technical Spokesperson for Microsoft Australia. Eventually he became a strategic consultant in The City of London, helping banks adopt new IT solutions.

Brandt first saw the web in 1992 and the experience was electric. He guided many corporations in their first steps into the web, including British Telecom, the London Science Museum, Renault UK and Safeway Supermarkets.  In the late 1990’s he assisted a number of organisations in USA and EU with the adoption of first-generation XML technology, including the International Atomic Energy Commission, Ford, Microsoft and Unisys.

From 2001 to 2014 he wrote a monthly column for iMedia Connection, a US digital marketing magazine. 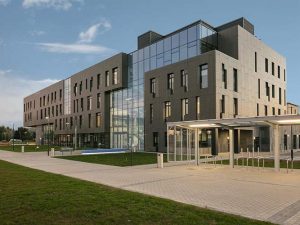